Your Association Management Software (AMS) search isn’t a sprint. It’s a marathon, one littered with hurdles along the way. And as soon as your association hears the starting gun, you won’t be off to the races long once you’ve come across the first major obstacle.

It’s a simple question, but one you won’t want to answer incorrectly: “What platform is best for our association?”

There are a few strong choices out there, each making eerily similar pitches to put your association on their platform. But only one lives up to its promise.

Why is the Microsoft Dynamics 365 platform the top dog?

You have a staff full of people smart enough to find their way through the maze of an unfamiliar system — eventually. But just because you have a team of bright minds and go-getters doesn’t mean you should make their lives harder.

Dynamics 365 naturally integrates with the familiar: SharePoint Online, Office 365, Skype for Business, LinkedIn Sales Navigator and more. You’ll find the Microsoft users among your staff feeling a sense of comfort when navigating the system.

Stick to the standards

Industry standards don’t become standards for nothing. By harnessing the power of Java, .Net and HTML, your AMS customizations can be done easily and in-house. On the Microsoft Dynamics 365 platform , your IT staff won’t have to learn a proprietary language just to make a minor change. And the office budget czar won’t be breathing down your neck every time you need a couple hours of technical support.

A future-minded outfit, Microsoft finds solutions for today’s world while always peering through a window into tomorrow.

By driving head-first into cloud computing and artificial intelligence, Microsoft is on a trajectory toward creating a CRM which cannot be rivaled. In five years, you won’t want to be the association that bet on the wrong horse.

Time is a luxury in the fast-paced world of associations.  You won’t want to be bogged down in incomprehensible data if you don’t have to be.

The Microsoft Dynamics 365 platform taps into real-time data, ensuring your visualizations remain current as data changes on the fly.

Leave your worries at the door when you choose Microsoft. A Forrester Research study found approximately 70 percent of Microsoft CRM users planned to get more staff on the system after one year or more of use.

Fully-loaded from the start

Gone are the days when your system required an assortment of third-party apps just to perform basic functions. Other CRMs require use of third-party apps to make the system work as needed, but Microsoft packs a punch right out of the gate. That’s not to say Microsoft isn’t easily compatible with outside vendors. Dynamics 365 uses those apps as a compliment, not a supplement.

Chat with us today to learn more about the all-in-one Alliance by Protech solution. 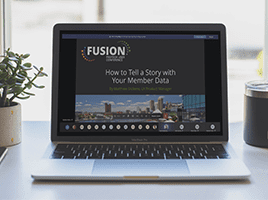